"... Allegedly, Moore and Gibbons themselves were planning a Minutemen prequel before Moore left DC in the 80's. Also, there was a Watchmen RPG in the 80's that (also allegedly) Moore wrote portions of." 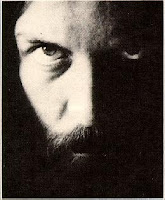 Yes, there was, back in the ancient days of pre-history that historians call the 1980's, a time when Alan Moore did not consider DC Comics to be the Great Satan and source of all evil in the multiverse, and, according to all accounts I've read, was actually open to the idea of further stories set in the universe of Watchmen.
Some DC apologists out here in cyber-land have attempted to use that fact to justify the existence of "Before Watchmen."  That argument just doesn't hold water.  What Alan Moore may or may not have wanted two and a half decades ago really has no bearing at all on what DC Comics does in 2012.  If DC had any concern about honoring Mr. Moore's wishes, and its quite clear that they do not, it is current wishes that should be taken into account, and he has made it quite clear that he does not want this project to happen.
Moore most recently expressed those wishes in an interview  with Kurt Amacker, a link to which was posted in a comment on the Open Salon version of Gutter Talk by commenter "Chiller Pop".  Though quite lengthy, the interview is worth reading all the way through.  In it, Moore not only gives his thoughts on "Before Watchmen", but traces the origins of his emnity for DC and details the dissolution of his friendship with Watchmen collaborator Dave Gibbons, among other topics.  Moore may come across, as Jason Aaron condemned him in a column last year, as "bitter", but it seems he has at least some right to be.
One of the other tepid defenses of "Before Watchmen" that I've seen offered up is that DC owns these characters and therefore can do whatever the bloody hell they want with them.  In the interview, Moore casts some doubt on that assertion, though insists he has no intent or desire to take any legal action.  Interestingly, Moore sidesteps the question of whether he ever once may have wanted to do a Minutemen series.   Does he, I wonder, believe that somehow undercuts his arguments against the new prequels?  If so,  I can't see why, because I, as I stated above, certainly do not think that is so.
CP also observed in his comment that, "I think these prequels show a severe, regressive lack of imagination on DC's part."
I have to agree with you there, Pop.  For that matter, so does much of what DC has published over the past decade or more.  Geoff Johns run on Green Lantern has been pretty much just an expansion of concepts from Moore's Tales of the Green Lantern Corps stories, especially "Tygers", which Geoff riffed on for the whole "Sinestro Corps War" storyline.  In another  interview, Moore remarked, "... these days, I increasingly get a sense of the comics industry going through my trashcan like raccoons in the dead of the night."
Going back to the Facebook comment, Alan Moore is, in fact, credited as co-writer on one of the three Watchmen role playing modules released by Mayfair games shortly after the release of the mini-series.   Details on that can be found in this early "When Words Collide" on-line column by Timothy Callahan.  To me that column is more noteworthy for Callahan's take on Captain Metropolis' role in the story.  He goes so far as to contend that "...Captain Metropolis is the glue that holds Watchmen together," and makes quite a convincing case in favor of that bold assertion.
I think that with this post I have reached the limits of all I have to say about Watchmen and any past or future sequels or prequel, at least for the time being, so its time to move on to other subjects.
Posted by Ray "!!" Tomczak at 4:10 PM