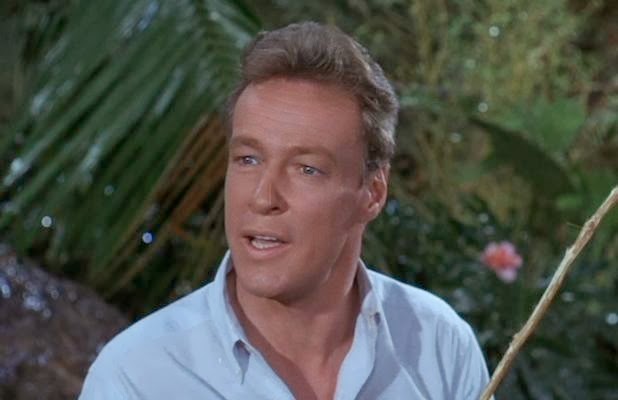 This coming September will mark the fiftieth anniversary of the 1964 debut of Gilligan's Island.  Unfortunately, Russell Johnson, the actor who portrayed Roy Hinckley, better known simply as The Professor, in the classic sitcom, as well as the two animated spin-offs and three sequel TV movies, will not be around to celebrate this milestone with the shows many fans.  Johnson, who turned 89 years old this past November 10, died on Thursday.
Though obviously most famous as The Professor, Johnson enjoyed a career that spanned from the early 1950's well into the 90's and included dozens of movies and TV guest appearances.  Aside from Gilligan's Island, he may be best known for his role in the classic science fiction film This Island Earth, in which he played a character quite similar to The Professor.
Johnson's death leaves Dawn Wells, who played Mary Ann, and Tina Louise, who was Ginger, as the only survivors from among the crew and passengers aboard the S.S. Minnow on its fateful three hour tour.
Posted by Ray "!!" Tomczak at 10:24 PM

Email ThisBlogThis!Share to TwitterShare to FacebookShare to Pinterest
Labels: news