It Was 40 Years Ago Today--Nixon, Kirby, the Great Disaster and the End of the 60s 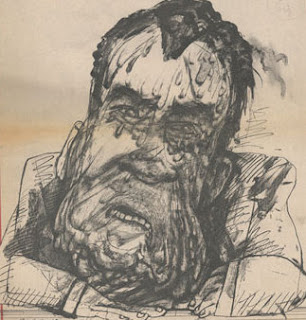 It was forty years ago this very morning that the 1960's ended.
Allow me to clarify that seemingly chronologically challenged assertion.
You see, I vaguely recall having read something in Reader's Digest many years past about the concept of "sociological decades", measured not by calendar years but by the duration of the social trends that come to define the decade in the mass consciousness.  Thus, the 1960's began when shots rang out from the Book Depository in Dallas, Texas in late November of 1963 and ended, by my reckoning at least, on a late spring night in Washington, D.C. when five men, later revealed to  be in the employ of the Committee To Re-Elect The President, were apprehended in the act of breaking into the headquarters of the Democratic National Committee in the Watergate apartment building. 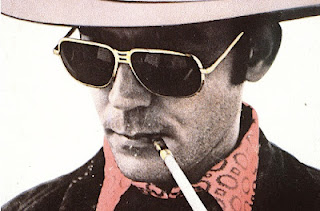 In Rolling Stone, Hunter S. Thompson wrote, "The slow-rising central horror of 'Watergate' is not that it might grind down to the reluctant impeachment of a vengeful thug of a president whose entire political career has been a monument to the same kind of cheap shots and treachery he finally got nailed for, but that we might somehow fail to learn something from it."
Yet the human animal is not especially noted for the ability to learn from its mistakes. We tend to either learn nothing, or worse, gradually forget what we learned when the crisis passes. Worse yet, we will learn all the wrong lessons and forget them eventually nonetheless.  In the Watergate scenario, the case appears to be a sad combination of the latter two pathways.  Any half-hearted attempts by a Congress newly emboldened in the aftermath of Nixon's downfall to rein in the power of the executive branch and make it more accountable to the legislature and the American people have long since fallen by the wayside.  During the first dozen years of the 21st century, this proud nation has drifted farther in the direction of a so-called "imperial presidency" than that poor doomed bastard Nixon ever dared dream even in his most megalomaniacal moments.  The only executive power that Congress in recent memory has seemed interest in curbing is his power to get a blowjob from a starstruck intern in the Oval Office while simultaneously talking on the phone to the President of Russia. 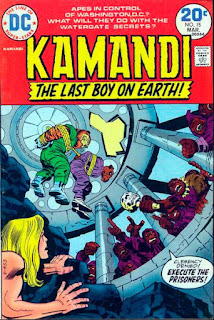 When I was casting about in my mind for some way to tie the remembrance of Watergate and  reflection on its legacy that I wanted to inflict on the blogosphere on this unhappy anniversary to comics, I remembered Kamandi #15.  I dug it out of one of the nearly dozen boxes of old comics piled precariously in the corner of my bedroom closet, but didn't actually get around to rereading it until I'd already composed the first portion of this post.  Thus, I was actually pleasantly surprised to discover that with only a minimum of rhetorical sleight of hand I could bend my analysis of the issue to fit the themes of the first part of this post.
Like many comics scribes of the Bronze Age, KIrby, when acting as his own writer, plundered liberally from the prevailing pop culture and current events to fuel his mad masterpieces.  The Kamandi series itself, set in a future world after something called the Great Disaster, when intelligent animals rule and the  remnants of the once proud human race  are reduced to mere pets, or worse, seems little more than Kirby's take on the Planet of the Apes concept, with not just apes, but bears, tigers and even snakes among the ruling class.  Thus, the idea that Kirby would use Watergate as fodder for a comic book story comes as little surprise to anyone who really knows what they're talking about.  In early 1974, when this comic would have been appearing on the nation's newsstands, Watergate consumed a very thick slice of the American zeitgeist.
At last we arrive at the story itself, which picks up pretty much where the previous issue left off.  In order to save Kamandi's life, Tuftan, the Tiger Prince, has apparently made a mysterious bargain with the department store owning snake Mr. Sacker.
In fulfillment of the pact, Tuftan and his Tiger Troops, accompanied by Kamandi and the dog scientist Dr. Canus, ride off toward the fabled mythical city of Washington, D.C. in pursuit of the legendary Watergate tapes.  Its not made clear why exactly Sacker wants them, though his emporium is filled with pre-Disaster artifacts looted from the ruins of human civilization and it is likely that he wishes them to be but one more item offered for sale to wealthy collectors of antiques and curios.
After a long hard ride, Tuftan and his party arrive at a place called "Stake Out" on the outskirts of the legendary city.  I assume that "Stake Out" is meant to be what remains of some real life locale in our nation's capital, but I can't tell exactly what is supposed to represent.  As the troops settle in to explore the place, Tuftan and Canus soon find themselves abducted by a troop of gun toting apes who take them to the headquarters of their arcane cult in the ruins of the Capitol building.
Soon, the two captives are taken to the "hearings," a bizarre ritual that mocks the Senate Watergate hearings which were taking place on national TV at the time that Kirby would have been writing and drawing this issue.  There they are confronted by a panel of apes who "indict" them for "planning to steal the sacred Watergate tapes--the voices of the Spirits!"  For this, Tuftan and Canus are sentenced to death by means of a strange weapon that uses soundwaves to kill.
Kamandi and Tuftan's Tiger Troops arrive, as the cavalry always does in tales like this, in the nick of time to rescue their prince and the scientist.  After defeating the apes, the tigers dismantle the sound weapon to discover the very Watergate tapes they had come there in search of used as the source of the machine's deadly sound waves.  Canus attempts to play one of the tapes, but it breaks after playing only a snippet of what I assume is meant to be Nixon's voice saying, "I want to make this perfectly clear--".   Tuftan decrees that Canus should not bother to mend the tape, for, as Kamandi observes, "It doesn't mean much--NOW--".
Kamandi #15 is not one of Kirby's best works.  In his greatest stories, the events move at such a frantic pace that questions like my above query as to why Sacker wanted the cursed Watergate tapes in the first place would never have occurred to me until long after I'd finished reading.  Here, though, that lapse in logic threatens to derail the whole endeavor, but doesn't quite bring it down completely.  Nonetheless, the tale serves the purposes of this post well enough.  For the apes who worship the spirits of Watergate have learned from the affair, but the lessons they have absorbed are quite obviously the wrong ones.  They endlessly and pointlessly rehearse the charade of "hearings" again and again in the manner of subsequent Congressmen who seem to think that the way to make a name for themselves is to uncover any little hint of scandal, motivated not by altruism  or patriotism or a quest for the truth, but by self-aggrandizement or simple, mean spirited vengeance.
Ultimately, in the wake of Iran-Contra, the Clinton Impeachment and the depradations of the George W. Bush administration, we must every now and then take time to remember the lessons, if any, has our country learned from the Watergate scandal and  ask ourselves whether they are the right ones.
Posted by Ray "!!" Tomczak at 9:55 AM