You really know how to push my buttons, don't you, Mr. Morrison?
I was originally planning to stop buying Batman, Incorporated after the conclusion of the initial two issue adventure with Mr. Unknown in Japan.  The first two issues have been pretty decent, but not quite good enough to make this a "must read" title.
Then I came to the final page of issue #2.  It's a preview of what's in store for #3 and it shows Batman fighting a gorilla.
Yep, you read that right...
Batman.  A gorilla.  Grant Morrison. Right there you have three of my most favorite things in comics.
If that isn't the recipe for a great story, I don't know what is.
You've got my four bucks for another couple of months, DC.
Don't let me down. 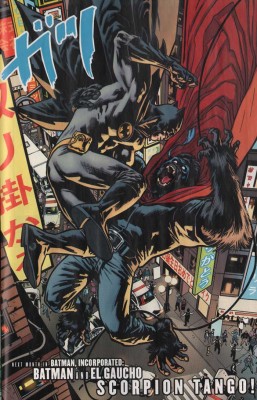