The Road Not Taken: DC Anti-Heroes

I'm not really a huge fan of Firestorm, but I still occasionally check out the Firestorm Fan blog from time to time, and I'm really glad that I clicked on today's post.  The blog's author, Shag, writes about a series of drawings now up for auction at Comic Link that purport to be concept drawings from the mid 80's for a never produced line of toys from Kenner that was to be called "DC Anti-Heroes."  The line apparently would have consisted of three alternate, darker versions of six DC heroes: Batman, Superman, Wonder Woman, Firestorm, Robin and Cyborg.  The three versions of each hero presented are "High Tech," "Road Warrior," and "Robotic."
Let's take a look at a couple of these drawings: 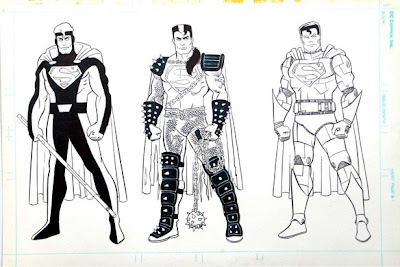 I think, and I'm not the first to observe this, that the "High Tech" version of Superman bears an uncanny resemblance to the Eradicator from the "Reign of The Supermen" storyline.  Since these drawings predate that saga by about six years, it is possible that whoever designed the Eradicator could have been influenced by them.  Also, now that I think about it, the "Robotic" Supes has a passing resemblance to the armor Superman donned after losing his powers in the "Krisis of the Krimson Kryptonite" storyline, which was also a few years in the future at the time these drawings were produced. 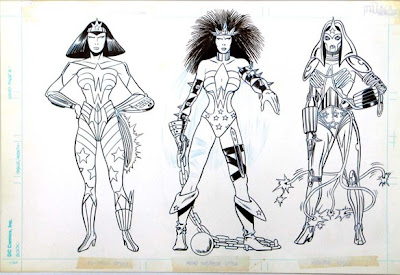 All three of these Wonder Woman drawings are among the most hideous character designs I've ever seen... 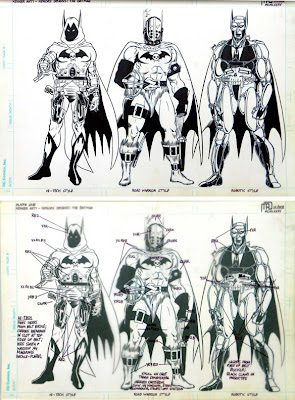 ...though these Batman redesigns give them a run for their money.  Chris Sims says of the "High Tech" version, "Basically, it's a 100% accurate prediction of what every comic would look like in the '90s four years before they actually happened." 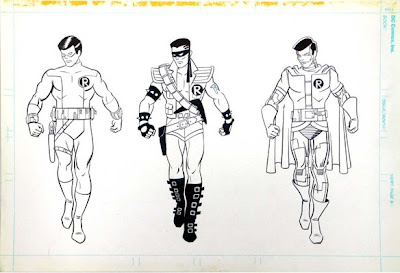 The Robin redesigns are actually pretty cool, and my favorites of the bunch.  However, I'm not exactly sure what's supposed to be so "High Tech" about the "High Tech" Robin. 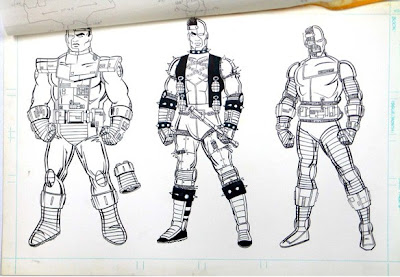 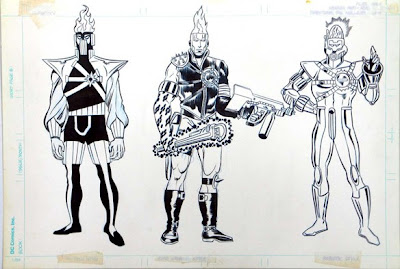 I don't have anything to say about these Firestorm drawings, but it seemed wrong to leave them out.
These concept drawings offer a fascinating look behind the scenes of the toy industry and an intriguing glimpse of what might have been.  Thanks again to Shag at Firestorm Fan  for bringing them to my attention.
Posted by Ray "!!" Tomczak at 8:43 PM

Email ThisBlogThis!Share to TwitterShare to FacebookShare to Pinterest
Labels: Around the Web, DC, news, super-hero